I broke down and did something I haven’t done in more than two years: I bought soap. I’m a little embarrassed to admit it, but hey, everybody does it right? I bet some people reading this have even used several types of soap in the past year. I won’t judge you.

Not just soap, but soap with oats and lemon in it. And it was sublime! My nose immediately commenced an affair. I was tempted to eat it or make cookies out of it. But I was saving it for something special. I had looked for some soap with sand and honeysuckle and bits of cedar bark broken into it, but the store only had 108 varieties. I asked the clerk, but he just snorted loudly, turned around and walked away. Fortunately, he had a mask on.

Contrary to received opinion, soap isn’t that necessary, either for washing bodies or dishes. For years, I’d done just fine with good ol’ fashion wild water from creek, river, or ocean. I smelled like a forest king—I swear all the best nymphs loved it. Imagine mugwort meeting forest duff mixed with the scent of dawn (of sunrise fame, not the detergent).

For dishes, water alone as well, sometimes adding sand and on occasion, plant-derived saponins like from soaproot bulbs. But is it sanitary, you ask? Well, it worked for me and wildlife, and I never got sick. Until I started coming to town.

I only had one dis-ease, and that was the result of being born human.

At any rate, the reason I mention the soap is that it played a pivotal role in an experience that I think I will remember for the rest of my life. First, I should describe the room this happened in. It is small with two large white bowls and an empty closet. The closet contains nothing at all except one of the silver sticks like the one in the kit-chen, only this one was high up and fat on the end like a burl of a redwood. Like the kitchen device, it too leaked hot water when I adjusted the levers on either side.

Oh it felt delicious on my hands and arms. So delicious in fact that I found myself doing something wholly spontaneous, and so delightful…I removed every last layer of clothing and stood under this glorious hot indoor rainstorm!! For 3 hours.

All the while, the cold rainstorm outside pitter-pattered on the side of the room (I was told the see-through square holes in the walls were called ‘win-does’)

I sighed as the hot water poured over me and melted me…I won’t say more here because I know some people still deny innocent pleasures (to themselves and others), but suffice it to say there was moaning and chanting and suds and release. I was a new man!

So, regarding showers, I am a convert. (As opposed to a convict. Of all the laws I willfully and joyfully break, I have been convicted of none. Though I freely admit, I am many types of -vert, including an intro-, per-, -ebrate; and I also enjoy obverting and subverting. You might say it’s a diversion of mine 😜)

Mirror, mirror on the wall. A giant mirror hung above the white silver-sticked bowl. I’m no stranger to reflections. Pools, puddles, rivers, and lakes have their moments of remarkable clarity and with them arrives reflections of not only me, but madrones, mountains, moons, and more. Polly Dome Lake in the Touloumne high country was perhaps the most perfect mirror I’ve ever met. We are still friends to this day. Whether I’ll be as close with this mirror remains to be seen. 😜

Sure, over the past couple years, I’d taken a good hard and soft look at myself—but only from the inside. Which requires a whole different set of mirrors. And less flat than this one. (In fact, flatness seemed a persistent theme in this house and most indoor territories I’ve visited, subject of a different entry)

I just haven’t really looked at the front of my head in physical form in a coon’s age and wasn’t prepared for the startling image peering back at me:

The eyes were the color of spruce bark and barn owl down, all asparkle, and as chock full of wonder and mystery as a tree canopy full of ravens or a mountain meadow full of English daisies and lupine or the roofless sky full of suns.

God, I was gorgeous! I only mean that objectively. Sure, it was no autumn sunset or waterfall surrounded by boulders with green-mossed shoulders, but that face was a work of magnificent earthly art. It made me happy to think so many human and non-human people were able to be gifted its appearance. No wonder those beautiful beasts kept….well, that’s for another time.

Now I must report something that may sound indelicate to some ears. Nature calls in many ways: birds and bees, and a morning ritual I like to refer to as recycling. Does a bear shit in the woods? Why yes, and so do humans.

But here was this large white bowl with water in it, like some granite basin I’ve seen hollowed out in the middle of the cosumnes river. So I sat. And sat. At first, I felt weird, with no ferns or salmonberry brambles for privacy or intimate company, and had a little difficulty relaxing. But soon I realized it was no different, really, and began to really enjoy the ritual like usual.

Really be with it. Flow.

By now I’d learned that silver equals water stick or a way to control the water stick so with a flick of the wrist a loud rush of water poured in and swept it away deeper into the bowl.

Now, I have no idea where it went. I just hoped it wasn’t into the living room of Alayna, the resident below. Fences make good neighbors, someone told me, but shitting in their house makes for bad ones.

At any rate, it turned out it went ‘away’ and I had nothing to worry about. ‘Away’ was some place people kept mentioning, both with regard to bathroom visits as well as lots of other things. I hope to visit it someday.

In the meantime, I will happily explore these various realms within the indoors. Like most labyrinths, there’s only a rough map of the place, and full of both danger and happy surprises. Nothing risked, nothing gained. It’s not my first rodeo, so I was confident I’d come out the other side, not without some scrapes and bruises, but perhaps even stronger and more whole than ever before. What an adventure! 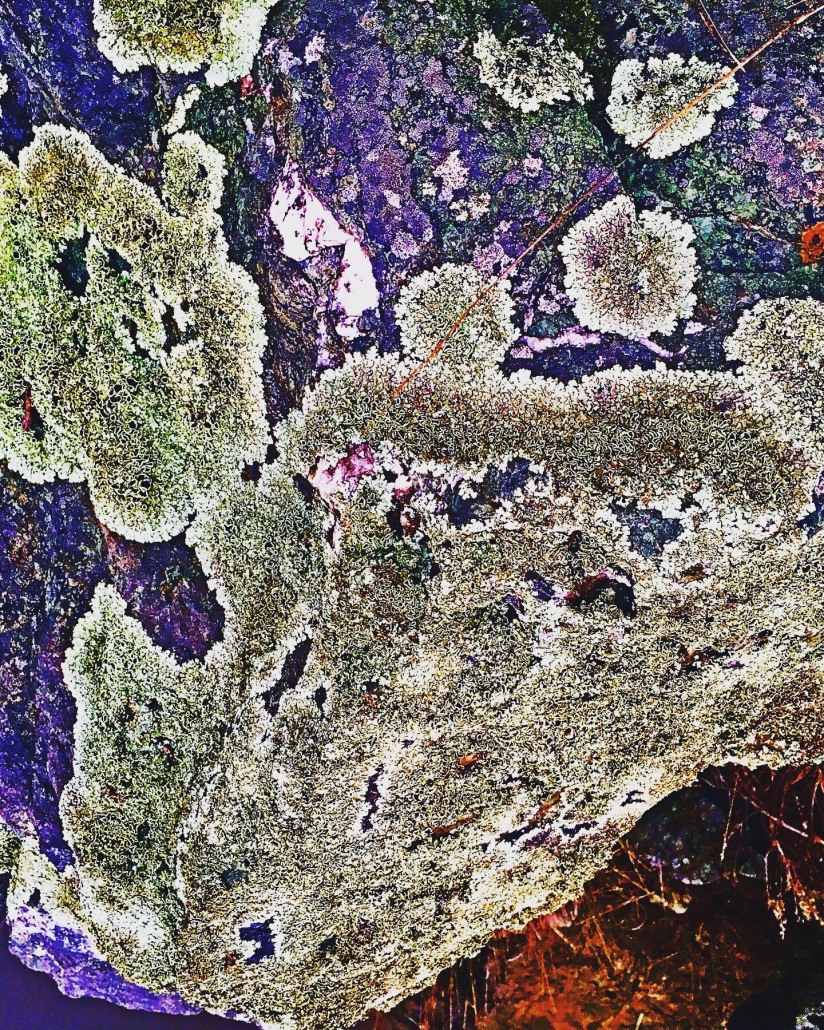 What do you hear when you listen to lichen grow? 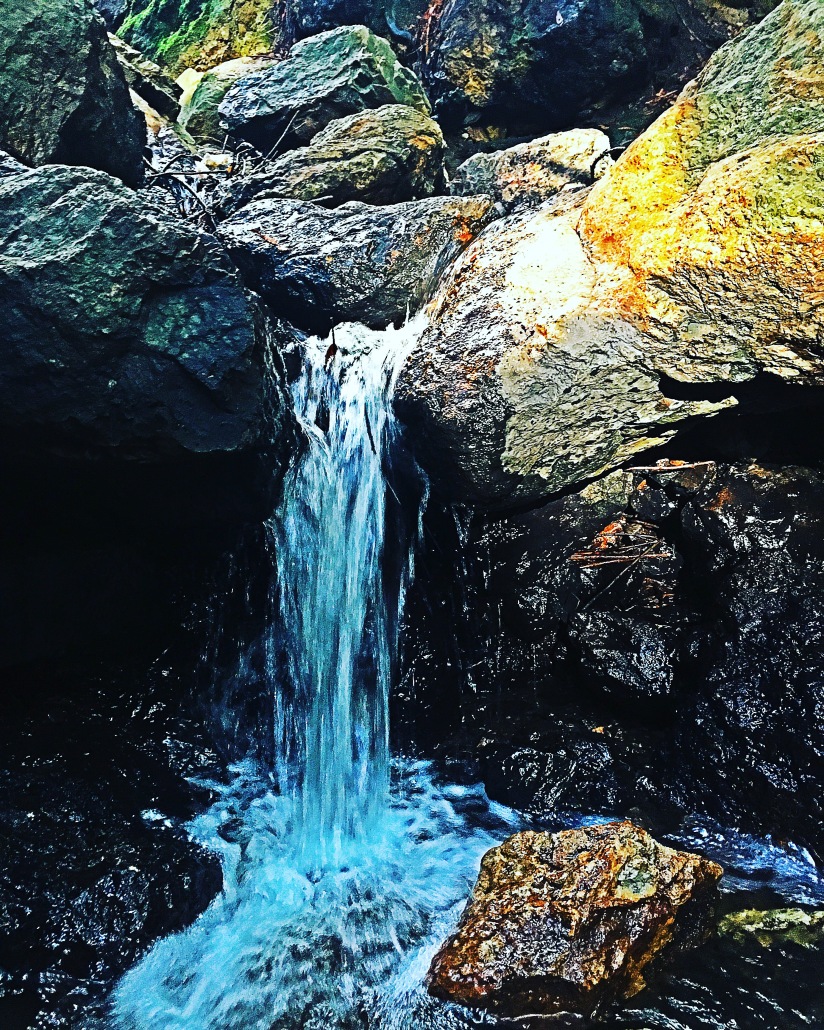 Dipping ears wet I dispute
the passage no more 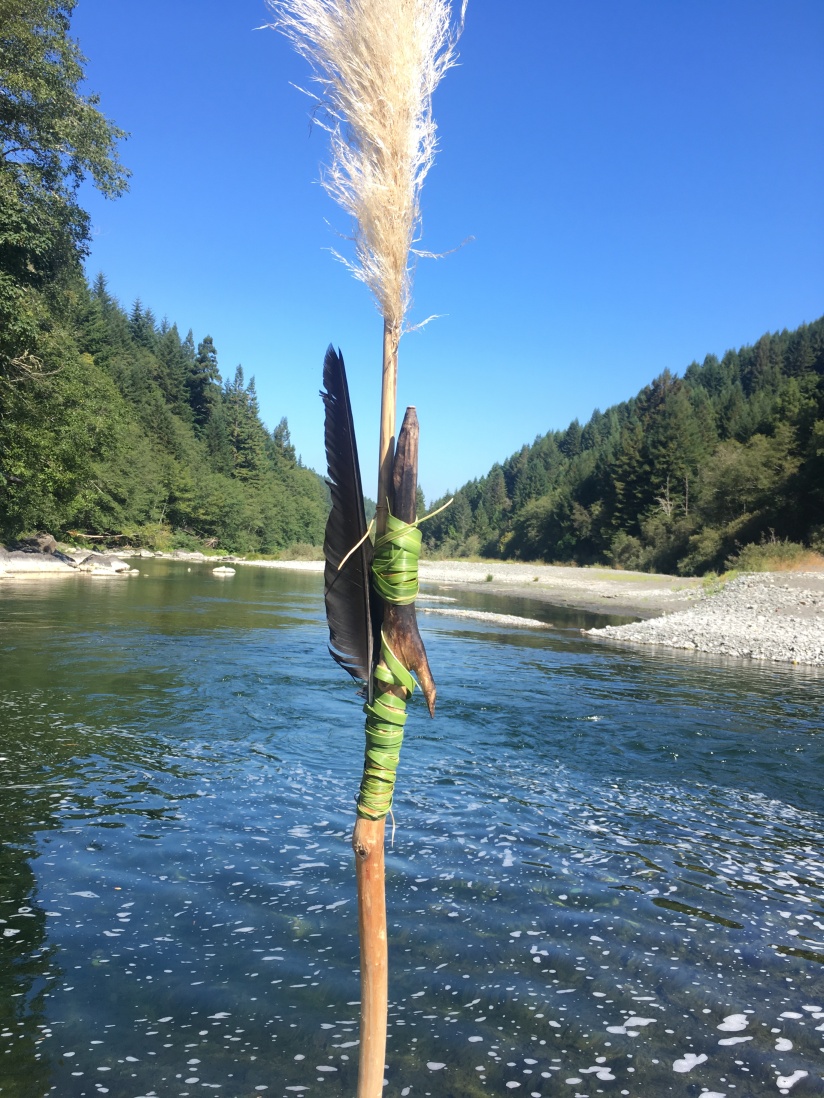 Who put those dams up
on the river of your soul?

They must come down
by any means necessary

The dams will fall, eventually,
of course
as all things do
but you might nudge them along
chipping away at the widening cracks

Or might I recommend:
strategically placed dynamite
in a grand and dazzling demolition—it has the advantage of being
furious fun—a blessed boldness

But whatever way,
take those godforsaken dams down
and let your waters flow

If you’re on your way to the sea
then damn it,
go to the sea

-Ryan Van Lenning
From my new collection of poems, “Riverever” 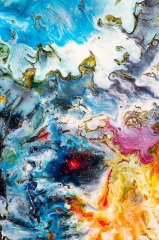 What do you do when above all
It’s the rhythm uncooked, the rush of the raw
The moon-kissed river within and thawed
Most precious, unbolted and brightly awed
Original blood pulsed and odd?

When even if you owned nothing at all
Nothing else under silvered skies
But the sink of the sun, the startling rise
When the push and pull of the thing was the all?

And the goldupongold, the unlikely prize
wealth beyond dreams deferred or dried
not festered or stunk or sunk with a load
but light as a feather, finely floating
like a film on the water finally flowing?

What do you do but swim and ride
waggling and wagging and wild-eyed?

Why should I write about you, water bug?

what have you to say to me, six-footed floater?

Then, I see you flash and slide
and if I didn’t see it with my own two eyes
the way you disappear
only to reappear two inches upstream
I’d be inclined to think I was dreaming

but now I know better
it has been revealed:

That is why, water monk,
I write about you
and join them in the bowing

Rumi and the Shadow
Create a free website or blog at WordPress.com.